Last week Dave and I were invited to Lake Tahoe where the trip, flight, meals, accommodations, and activities were provided.

While there we had a chance to watch extreme athlete JT Holmes book a hotel room using the Hotels.com Extreme Mobile Booking App while skydiving! What an amazing experience it was! Photos of JT Holmes Credit: Dave Calver of Calvert Photography. 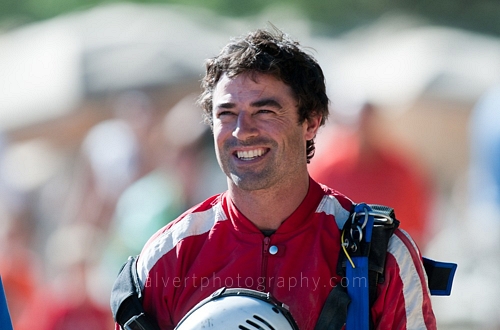 We arrived in Lake Tahoe on Tuesday and checked into the gorgeous Hyatt Regency Lake Tahoe Resort, Spa & Casino. We loved the mountain lodge decor, the numerous pools and hot tub, the glamorous spa services, and the meals at each of the 6 on-property restaurants. Look for a hotel review coming soon.

We were there to attend the Hotels.com Extreme Mobile Booking App event which featured JT Holmes jumping out of an airplane, booking his room using the app, and landing on a small, but well populated, section of the Hyatt’s beach.

This creative (and crazy!) stunt will be featured in an upcoming Hotels.com commercial for the new app. So be on the lookout for more info on both the app and commercial in the near future.

On Wednesday, we waited on the beach and gazed into the bright blue cloudless sky, looking for a small black speck of a plane. 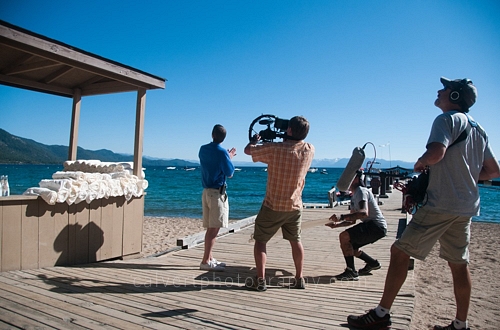 It wasn’t long before someone shouted, “There he is!’

Squinting we picked him out as he and his cameraman were in a freefall right towards us! A few seconds passed and with a “whoosh” he opened his parachute. JT floated down from the sky and circled the beach. 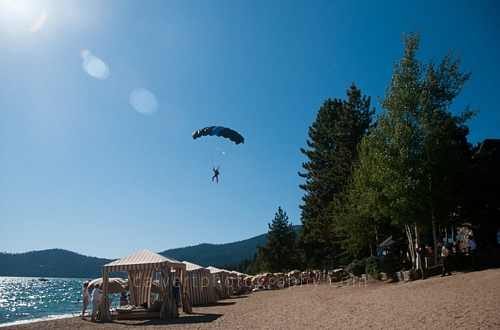 Then, in only one or two steps, he was safely on the ground. Phone in hand he looked at the app verifying that he really did book a room & then even called the front desk to confirm! 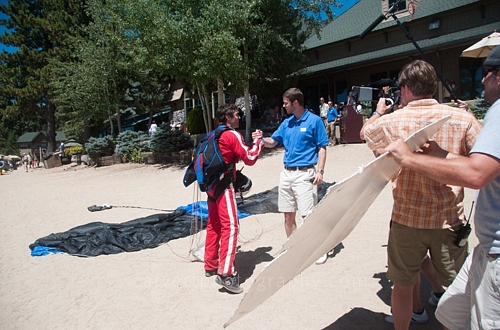 It was fascinating to watch how the whole event came together. There were people with all kinds of impressive jobs, including a skydiving cameraman, and a parachute packer. We we later learned both men are skydiving experts who brought with them a wealth of skills and knowledge. 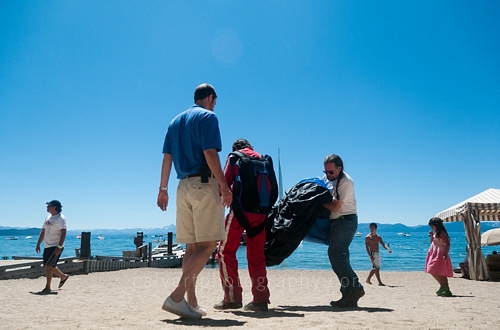 That evening, even though he had jumped out a plane numerous times in the last two days, JT took the time to have cocktails with us and allow us to pick his brain about the shoot, skydiving, and extreme sports.

For being such a high profile, thrill-seeking, adventurous athlete, he is incredibly laid back and very easy to talk to. We learned that he’s skied since he was 2 and that, while he’s a skier at heart, he loves all extreme sports. He’s been skydiving and base jumping since 2002. He was even in Transformers 3 where he base jumped off the Sears Tower in a wing suit! 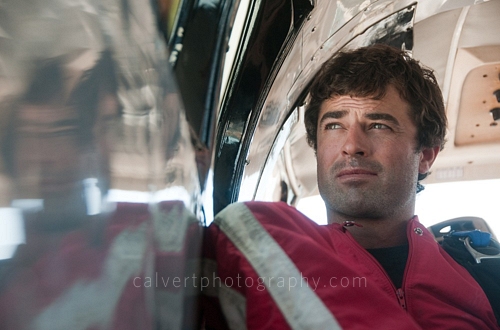 I was also impressed and touched to learn that he is part of a nonprofit foundation called High Fives which is dedicated to raising money and awareness for extreme sports athletes who have suffered life-altering injuries while in their sport. The foundation helps secure alternative treatments and aids in athlete recovery.

He is also working on another nonprofit which offers coaching to extreme sports athletes while they are new to the sport whether they are children or adults. Currently there is no official coaching body for some of these sports and JT’s nonprofit will invite beginners along on intensive trips where coaching will be offered by world-class professionals. The ultimate goal is to teach the mechanics early on so the injuries down the road will be prevented, lessening the need for the High Fives Foundation.

We had a wonderful time talking to JT and on the Hotels.com event. While in Lake Tahoe, we had the opportunity to experience the Hyatt Regency and it’s amenities as well as other area activities. While we didn’t get the chance to skydive like JT, we did get to parasail – which I had never done before. 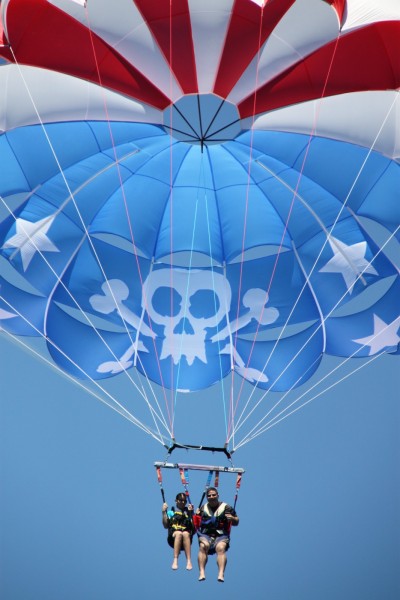 Floating behind a boat, hundreds of feet above Lake Tahoe was a memory I’ll never forget! If you ever get the chance to do it, I highly recommend it. Parasailing was so peaceful and serene, it was the perfect way to sight-see. 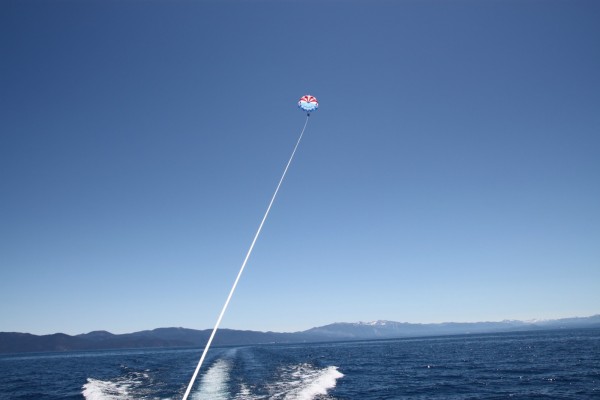 That’s really us! Look how tiny we are, can you see me waving?

As of last Wednesday, the current Hotels.com app had been downloaded 1 million times. And in September they will launch the Extreme Mobile Booking App which will offer over 20,000 last minute deals from over 140,000 hotels worldwide. It will also be available in more than 30 languages & in more than 70 countries. It’s an app that is so easy to use a room can be booked, as JT proved, in just 60 seconds.

Have you ever done an extreme sport or visited Lake Tahoe? What did you think? 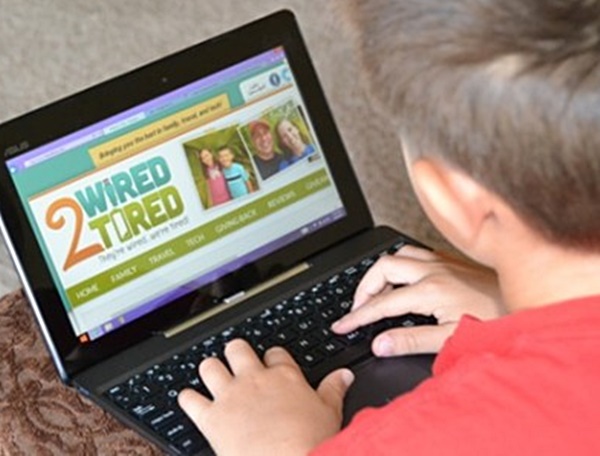 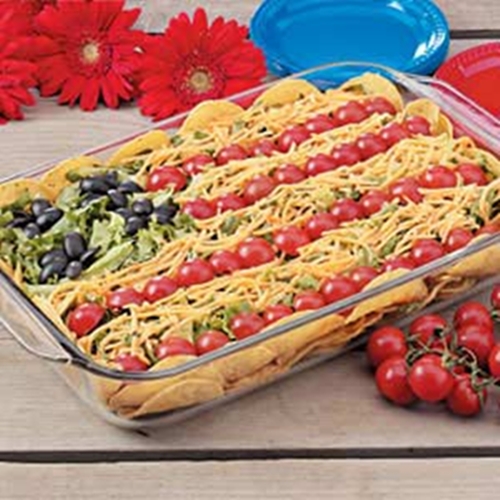 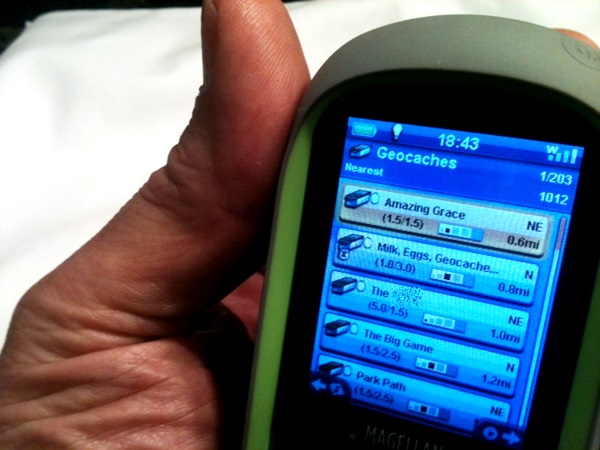 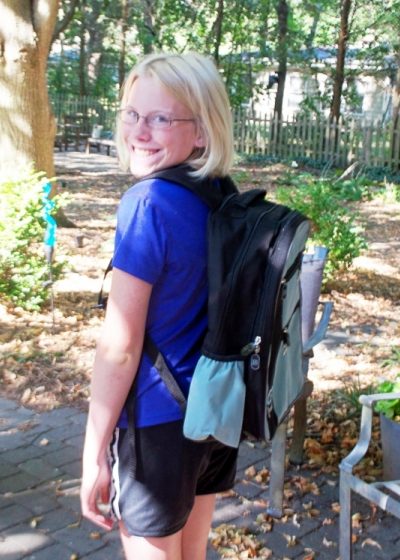