We recently returned from an amazing trip to Orlando, Florida where we attended the Disney Social Media Moms Celebrations. We paid the conference fee and had such an unforgettable trip I’m sharing our experiences in a series of posts. On to Day 2!

Day 2 of the Disney Social Media Moms Celebration had a lot in store for all of us. I headed over to the Grand Floridian Convention Center to listen to an incredible line-up of speakers while the rest of the family went off to explore Animal Kingdom. 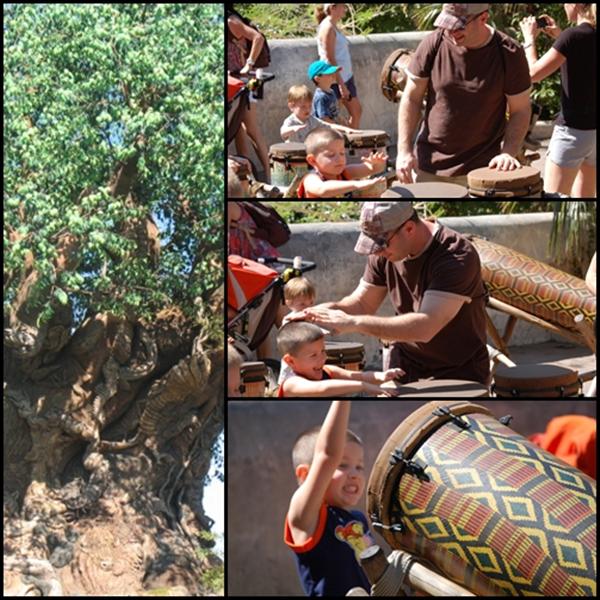 We bloggers met at Citrico’s in the Grand Floridian for a fantastic breakfast buffet. There was a huge selection of food, delicious fruit, pancakes, and more.

After we ate we made our way over to the Conference Center. I was happy to sit with bloggers I had connected with online, most of who I had never met in person. It was so fun to finally meet one another. You could feel the excitement through the ballroom as everyone popped open their laptops or propped up their iPads ready for some serious note-taking and tweeting. 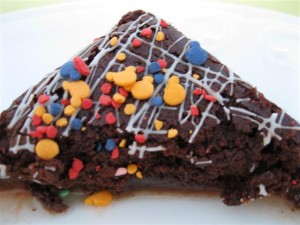 We also heard from Matt Jacobsen, the Head of Market Development for Facebook. Matt was Facebook’s 8th employee and his knowledge of Facebook and how to use it to enhance our blogs was fascinating. During the Q & A portion of his talk, one blogger stumped him with a question about how to make Facebook forums searchable. He said that in all the work he’d done, and in all the discussions he’s had with big brands, he’s never been asked that question before. He said he’d be taking the question back to the office with him so they could work on implementing it. How cool is that?!

Our next speaker was my very favorite – she was one of the best speaker’s I’ve ever heard. Rene Syler from Good EnoughMother, was raw, real, vibrant, and inspirational. If you ever get a chance to hear her speak, I know you’ll leave her talk motivated to tackle life’s obstacles with a new outlook. She told us about a challenging time in her life where she had a preventive double-masectomy, 3 months later lost her job on television, and then due to a beautician error lost all her hair. She told us she went through such a dark time that she couldn’t get out of bed, but that the dark time made her refocus on what was important.

Rene discovered that, “Good enough is good enough” and that “life isn’t about being perfect, it’s about being happy.” And Good Enough Mother was born.

Next, we had a giveaway break. When we had entered the ballroom early that morning we were all given a raffle tickets. Some of the giveaways included a Dooney & Burke purse, a Mickey Mouse watch, a huge Disney Jr. gift basket, and a night’s stay at Cinderella’s Castle Suite. Yep, you heard me right. One lucky blogger won a night’s stay in Cinderella’s Castle at Magic Kingdom! 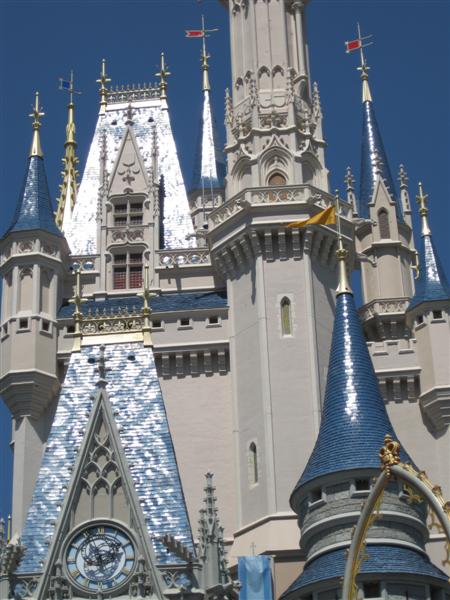 It’s a prize so exclusive it can’t be purchased, it is only given away at special Disney World events. The blogger that won was ecstatic and she was able to take a few other bloggers with her. Their recaps of their stay are incredible. They were so excited that it made me excited for them!

Comedienne Fran Capo then took the stage. She holds the Guiness Book World Record for fast talking and wow, can she talk fast! She spoke about all the adventures she’s had in her life as an example to us to “just say yes and figure it out later.” She was funny and frank and delivered a powerful and inspirational message as well about how important it is to focus on being happy and to find humor even in the darkest times.

Next, we heard from Chris Brogan who offered lots of advice that could be applicable in both the business world and in blogging. He also reiterated the “good enough is good enough” mantra and even told of a time he published a blog post and forgot to complete the last sentence. His readers let him know, he went back and corrected it and shrugged the whole thing off. He also talked about the importance of blogging about what makes you happy, not to worry about fitting into a niche. He said his posts and tweets are all over the board and that’s what makes him happy.

Our final speakers weren’t really speakers. However, they did have stories to tell and songs to sing. We were introduced to Georgia Stitt and Susan Egan. They both are talented performers and Susan was the original Belle in Beauty and the Beast on Broadway. She also is the voice of Meg in Disney’s Hercules. We also learned from them that life is made up not only of the decisions you make, but also the decisions you don’t. They each had an opportunity to play very big parts in the Broadway play Wicked, but they both turned it down. However, instead of kicking themselves now, they appreciate where they are in life.

After the conference, I met up with my family back at our Grand Floridian room. We decided to split-up until just before dinner. Tired Dad Dave, Logan, Grandpa H., and Grandma O. decided to stay back and catch a few March Madness games.

Kora, my Mom (Grandma H.), and I decided to head over to Animal Kingdom Lodge. We had heard so much about it and have always wanted to check it out. We saw this as the perfect opportunity and we were so glad we did. It’s incredible! 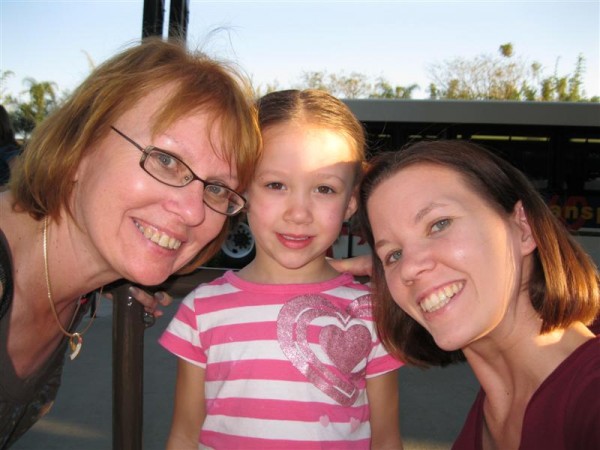 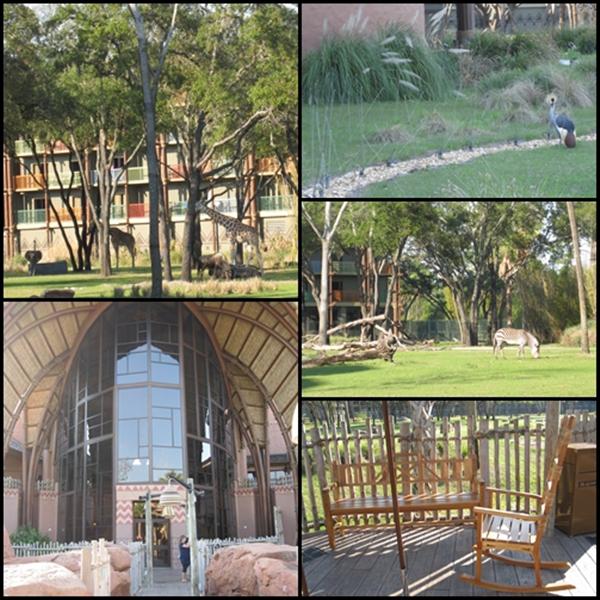 I don’t know who was more amazed, myself, my mom, or Kora. The property was stunning and I can’t even imagine waking up in the morning and having all of those amazing animals right off your balcony. My mom and I have decided that Disney’s Animal Kingdom Lodge is on our bucket list. It is somewhere we both would love to stay someday and we are bound and determined to make it happen while Kora & Logan are still young – it’s that fabulous!

After we returned to the Grand Floridian to collect the rest of the family we hopped on a bus with the rest of the bloggers and their families for a fantastic dinner at Hollywood Studios. We actually ate dinner on the Lights, Motor, Action! Extreme Stunt Show set. It was an incredible evening in an unbelievable environment, filled with fun music, and delicious food. I’m still wishing I had snagged one of the Mickey Mouse chocolate covered rice krispie treats for myself – but they went fast! 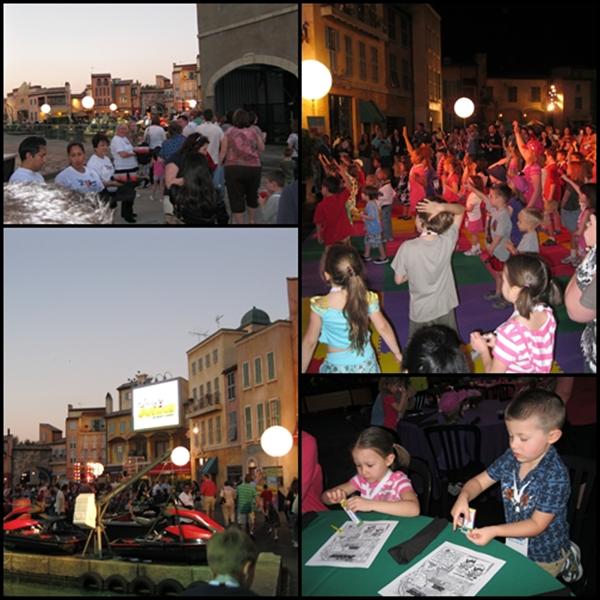 The kids were entertained by the cast from Disney Jr. including Jake and the Neverland Pirates, Handy Manny, Special Agent Oso, Donald Duck, Daisy Duck and more. As you can see from the photo above, the dance floor was crowded and the kids loved it!

Logan spent his time on the dance floor a little on the shy side so Grandma O. did her best to get him to show off some of his dance moves and even got him smiling and laughing. 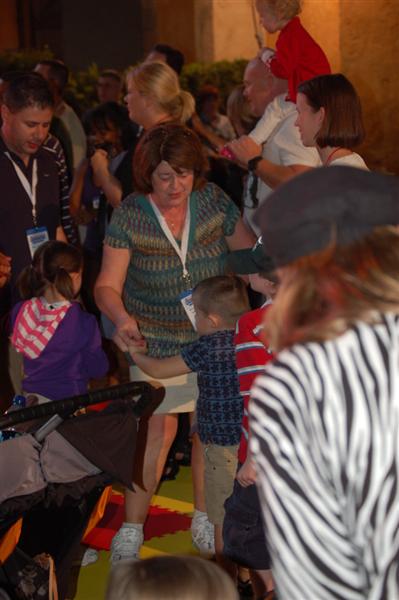 After the evening ended we headed back to the Grand Floridian and got there just in time to see the Magic Kingdom fireworks show. It was beautiful!

Catch up on Parts I & II of our exciting experience at the Disney Social Media Moms Conference 2011:

Stay tuned for the last post in the series about the rest of the Disney Social Media Moms Celebration, including a talk by a renowned Disney Chef & Sommelier, an incredible dessert party and how we spent our extended stay. 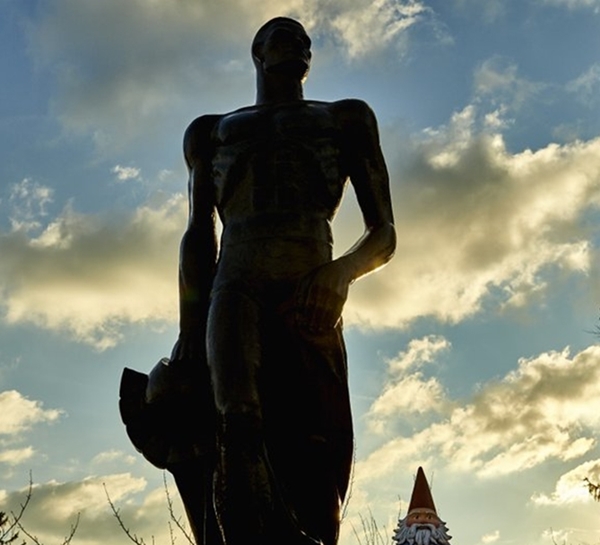 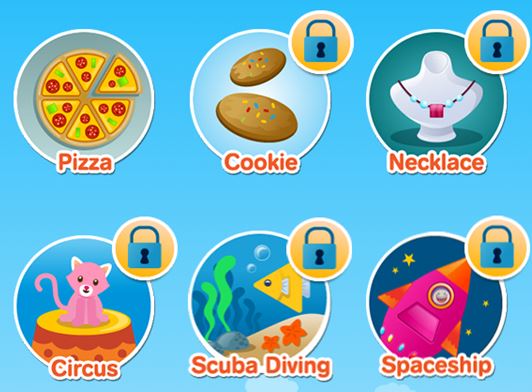 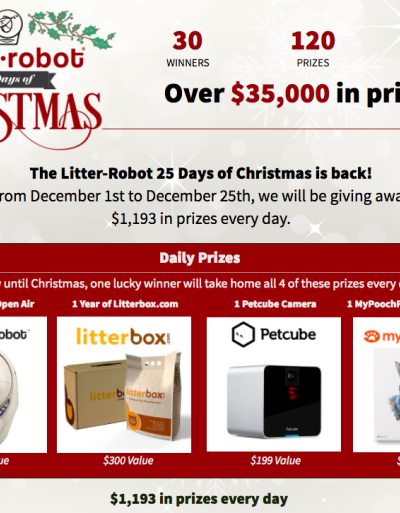 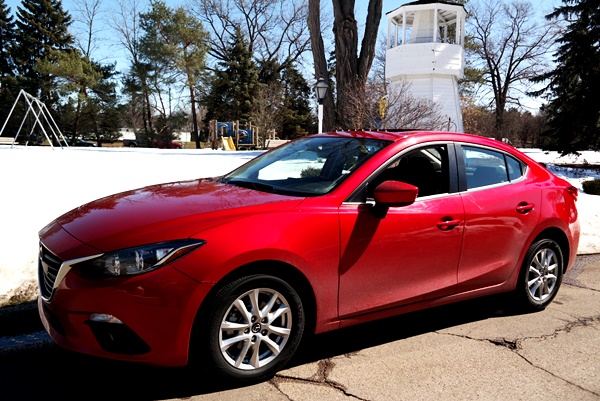