This post is sponsored by General Mills and Box Tops For Education. The honest opinions are my own.

Our children, Kora and Logan are a year apart and this has led to many instances where they work great together and some where they are very competitive. We decided to use their competitive spirit and their determination to collect Box Tops For Education items to have some fun and do something creative during the dog days of summer. 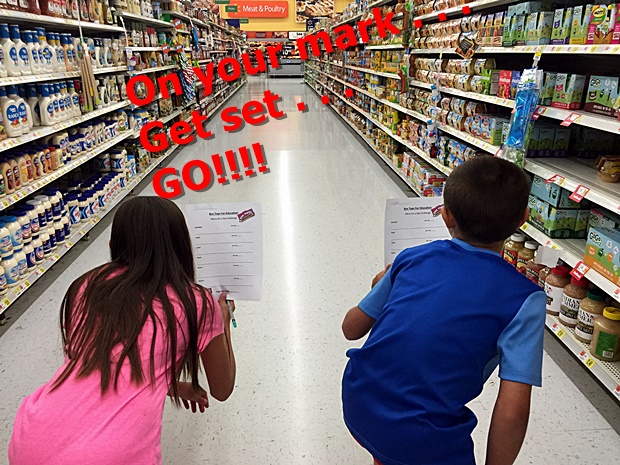 We collect Box Tops as a family and give them to a couple of different local schools. Each Box Top is worth 10¢ to a participating school and since its inception in 1996 General Mills has contributed over 525 million dollars. These funds have been used for computers, books, equipment, playgrounds and just about everything you can think of for these schools.

Since Kora and Logan both love to cut out Box Tops and Walmart offers tons of products with Box Tops and now Bonus Box Tops, we thought we would come up with a fun way to pit the kids against each other in a fun way with a Box Tops game. 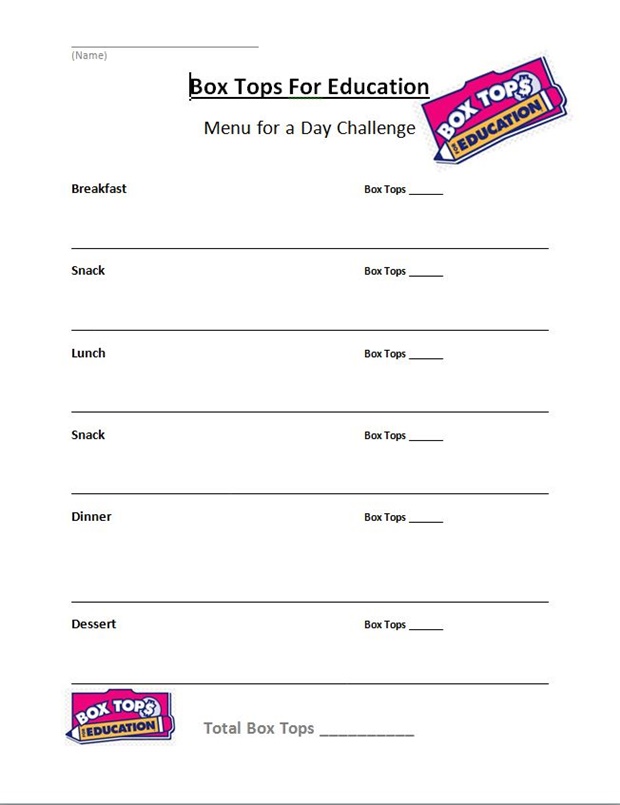 Save the picture and print it out so your kids can do the challenge too!

We figured we would give the kids an opportunity to set their own menu for an upcoming day. We released Kora and Logan in Walmart (one with each parent) with only a list, a a pen, and grand plans of what they could put in their tummies for the day! Their goal was to fill up their menu with items from Walmart and General Mills that had Box Tops For Education on them. The winner would have their menu filled up with items that have the most Box Tops on them. With Walmart offering many items that have bonus Box Tops (5 Box Tops on 1 item), their menus could equal a nice contribution to a school!

We showed the kids the Box Tops For Education website and the products that qualify before we went to Walmart, the ride there was quiet as both kids were thinking of what to get.

They went thru the store and we didn’t help them out at all, but they did cross paths a couple of times and they may have gained some inspiration by looking at what the other had in their cart as their paths crossed, but who am I to judge.

Here are their lists and their respective hauls. 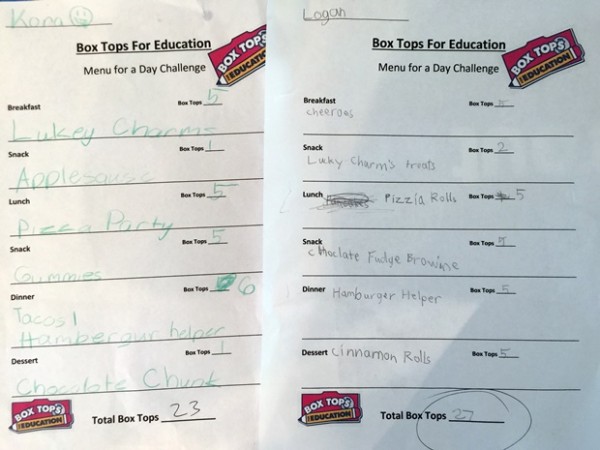 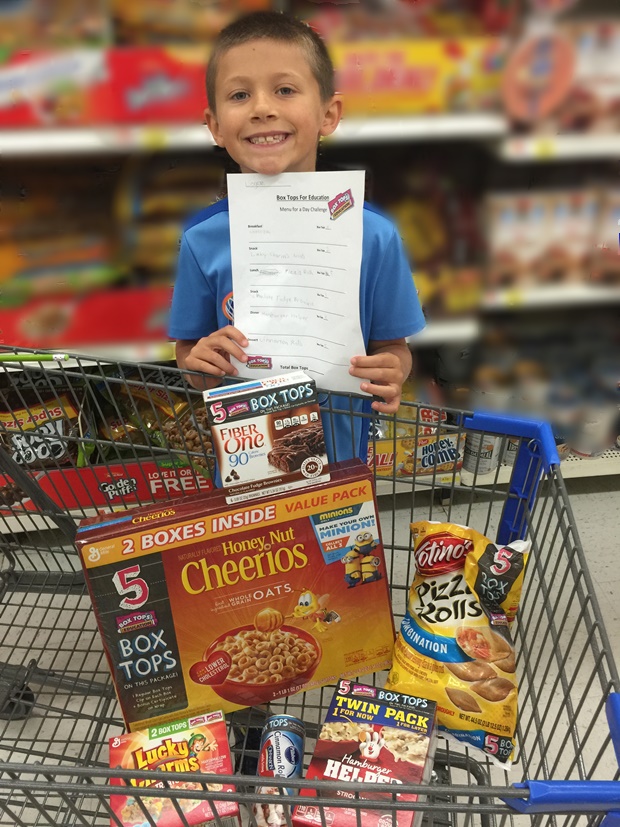 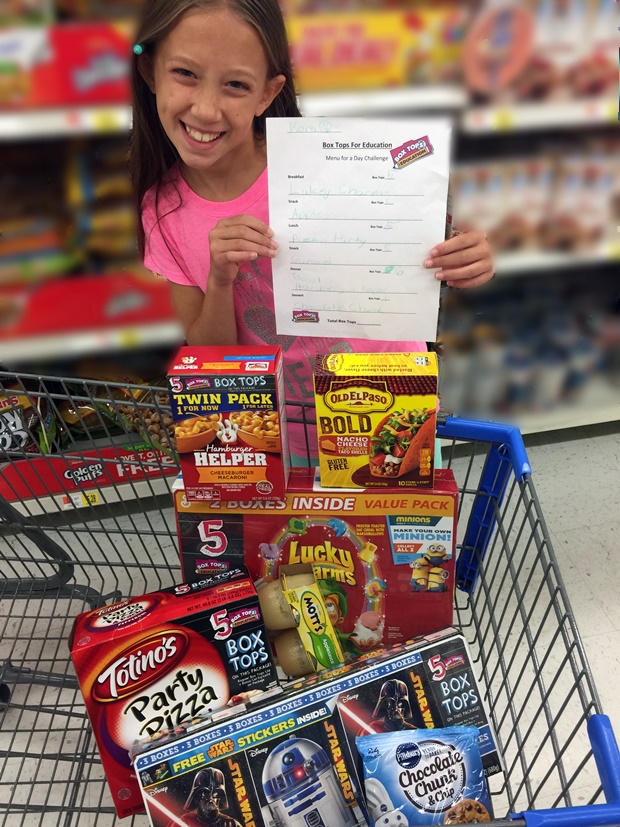 In total, Logan won because he really stuck to his plan of getting all Bonus Box Top items, so most of his menu had 5 Box Tops per meal. Kora did get pretty creative, she wanted tacos and needed something to put inside them, so she decided to add some Hamburger Helper to the menu to put inside the cheesy taco shells!  Very creative, but Kora’s downfall was her love of chocolate chip cookies and applesauce, which were both 1 Box Top items.

With some creative chefs in Walmart, it looks like we will be enjoying a Hamburger Helper taco in the near future! Both kids had fun and really enjoyed collecting all the bonus Box Tops to donate to our neighborhood school.

Feel free to use our menu form, or use it as an example and have your kids play this Box Tops game too. 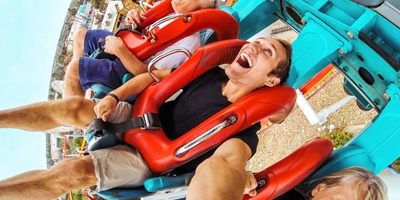 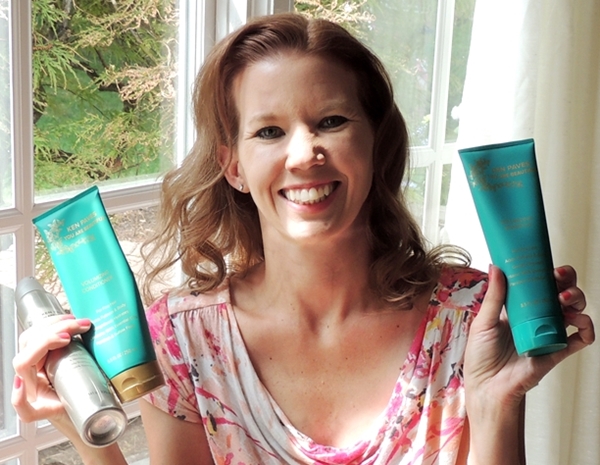 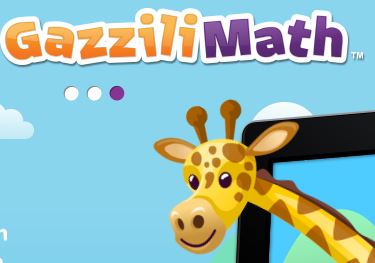 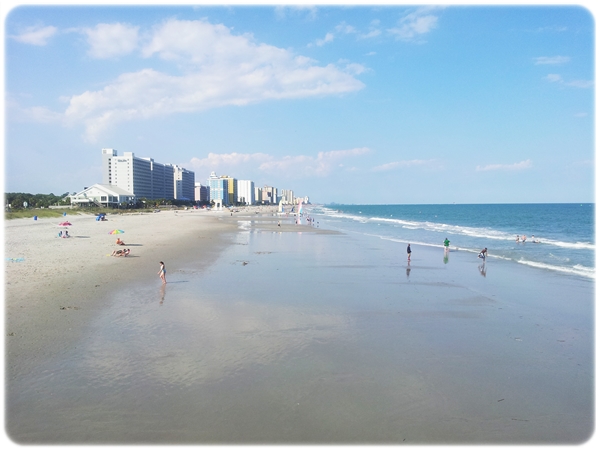 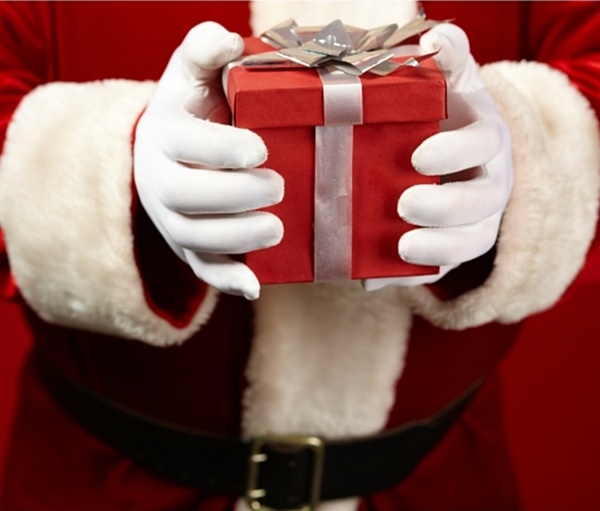